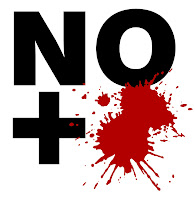 In my Cultura y Civilzación (Spanish 4 CTP) class we are finishing a unit called Narcoviolencia en México (website & unit packet). The unit will take us about 15 days to complete (88 minutes everyday). I was able to piece together this unit last year by using lots of authentic resources from Zachary Jones, and I revised it a little this year (with the help of the amazing Crisina Zimmerman, @cristinazimmer4, who was doing it at the same time). This is an excellent unit, a bit heavy at times, but relevant, cross-curricula, engaging, and important. Through the use of songs (with engaging videos) and other authentic resources, students were able to delve into a rather complex topic.

These are the "Preguntas Esenciales" for the unit:


These are the two exams:
During this unit, students have seen, listened to, analyzed, written about and discussed a wide variety of authentic resources to better understand the situation and to answer the essential questions.

These are the authentic resources that were used in this unit (all linked on the unit post of class website (scroll to bottom of post for links), some in my delicous bookmarks, and some at Zambombazo/narco):
Some other random things that they were exposed to (and maybe learned) during the unit: 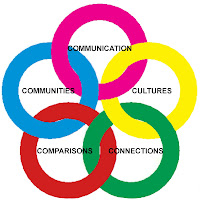 This unit is excellent. I feel like I seamlessly integrated and addressed the following standards:

Cultures
Connections
Comparisons
Communities
This unit could also be used for an AP class, as it touched upon many of the new recommended AP Themes.