First semester just ended and once again I changed the final exam that I give in my Cultura y Civilización class. I love teaching this class and the freedom I have (it is totally different than what I have to teach in Spanish 2 and 3!). I think I have changed the final every time I have taught the class (2012's version), but this year might be the one I stick with. This time, I used Carrie Toth's ideas and gave students a variety of choices to show me what they know and what they have learned during the semester. I was very happy with the final "products," and they were really fun, and funny, to grade. Students did an excellent job of "weaving" in details from what they learned this semester, and they also made some excellent connections.

There were 7 choices, but these were the most popular: 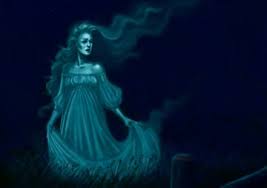 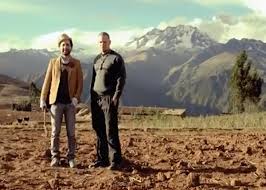 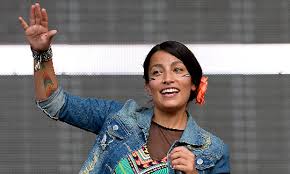 One student wrote a short story in the first person and somehow he managed to somehow incorporate references to the following things: the civil war in El Salvador, Laney from La Llorona de Mazatlán, gang life (MS-13) in the U.S., mega-mines in Argentina, La Mosca from this video, and the difficulties of immigration in Spain and the U.S. He finished the story by writing a song with Calle 13 and Ana Tijoux, and then becoming rich and famous.

Another student had the narrator from Vida y Muerte en la Mara Salvatrucha and Padre McEnroe (from the movie Machuca) somehow meeting. Another wrote about Paula from El Internado meeting la llorona. The "new" legends were also fun to read. Only one student wrote about how songs and music videos helped him to learn, but that was one of my favorites to read.

The speaking part of the exam was a conversation and it was easy for them. I learned a lot about what they liked. One thing that was overwhelming was that we should definitely continue watching El Internado and using Kahoot... everyone loves Kahoot!

Another fun thing we did at the end of the course was a 16 song bracket to decide what the favorite song of the semester was, both individually and as a class. The winning song was "Somos Sur" by Ana Tijoux. Two other favorites were: surprisingly (to me), "La de la mochila azul" (from Voces Inocentes) and "Me Voy" by Vázquez Sounds: